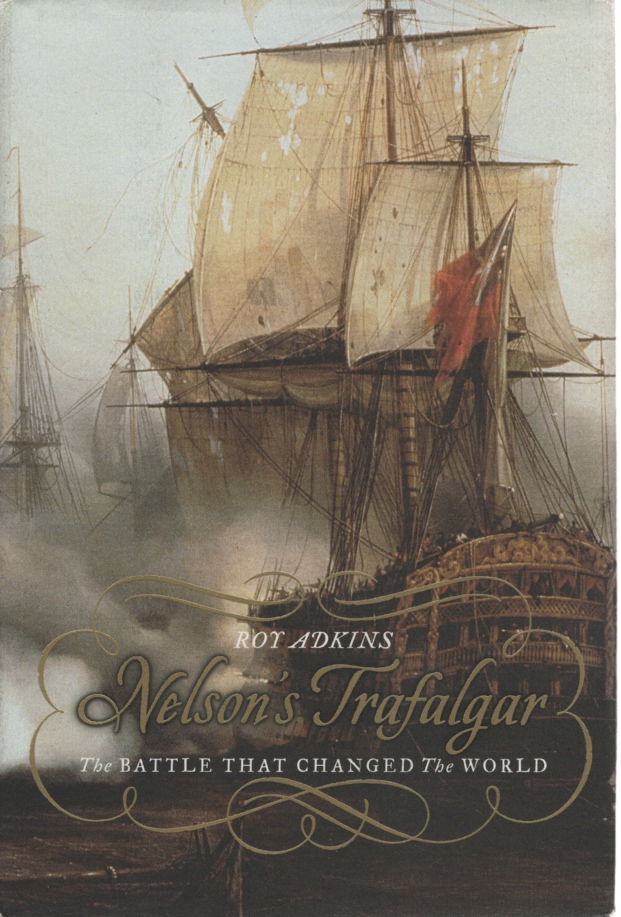 On October 21, 1805, as Britain's Royal Navy under the command of Horatio Nelson clashed with Napoleon's forces in an epic sea battle off the coast of Spain, the fate of Europe hung in the balance. Though the cost was high-and Nelson himself was killed-the British victory prevented Napoleon from invading Britain and paved the way for the eventual defeat of the French emperor. Without Trafalgar there would have been no Waterloo. The Battle of Trafalgar set Britain on its vast imperial course.

Now, on the battle's 200th anniversary, Roy Adkins offers readers a brutally vivid, gunport-level account of the battle. For more than five hours the crews of the British, French, and Spanish ships struggled under the constant barrage of cannon and musket fire amid choking fumes, and ear- splitting explosions. While the men maneuvered the ships and kept the cannons firing, the women tended the sick and helped the boys carry gunpowder cartridges to the gun decks. Capturing as never before the harsh conditions in which sailors lived and died, the mechanics of nautical warfare, and the relentless violence of 19th century naval combat, "Nelson's Trafalgar" is a must read for fans of military history and Patrick O?Brian.

Title: NELSON'S TRAFALGAR, THE BATTLE THAT CHANGED THE WORLD