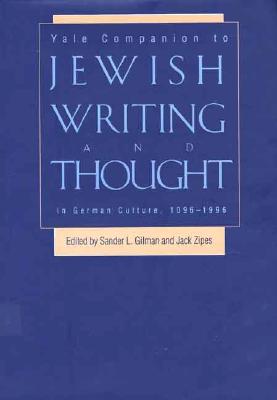 "These essays provide a comprehensive historical perspective on most aspects of Jewish culture in German-speaking lands. An in-depth look at a vanished world". -- Jehuda Reinharz, President, Brandeis University

"This brilliant and comprehensive set of essays proves that there never was a German-Jewish symbiosis. On the Jewish side, it was centuries of unrequited love. For most Germans, the Jews were and remained the other. This book is a must read". -- Arthur Hertzberg

"An extraordinary work that will be a classic reference for Jewish and German cultural studies". -- Maria Tatar, Harvard University

This magisterial book is the first to provide a history of Jewish writing and thought in the German-speaking world. By 119 of the most distinguished scholars in the field, the book is arranged chronologically, moving from the eleventh century to the present. Throughout, it depicts the unique contribution that Jewish writers have made to German culture and at the same time explores what it means to be the "other" within that mainstream culture.

The contributors view German-Jewish literature as a historical and cultural phenomenon, from a wide array of critical perspectives. Many essays focus on significant social and political events that affected the relationship between Germans and Jews; others concentrate on a particular genre, author, group of writers, cultural debate, or literary movement. Entries include an account of the Crusades in 1096, a treatment of Jewish mysticism in the Renaissance, a unique seventeenth-century memoir by a woman, the description of a meeting between Heinrich Heine and Karl Marx in 1843, and discussions of works by such twentieth-century luminaries asSigmund Freud, Arthur Schnitzler, Joseph Roth, Martin Buber, Walter Benjamin, Elias Canetti, Hermann Broch, Hannah Arendt, Theodor Adorno, and Peter Weiss.

Description: Hardcover in DJ with light edge wear, no tears or chips. No apparent marks or writing. No remainder mark.