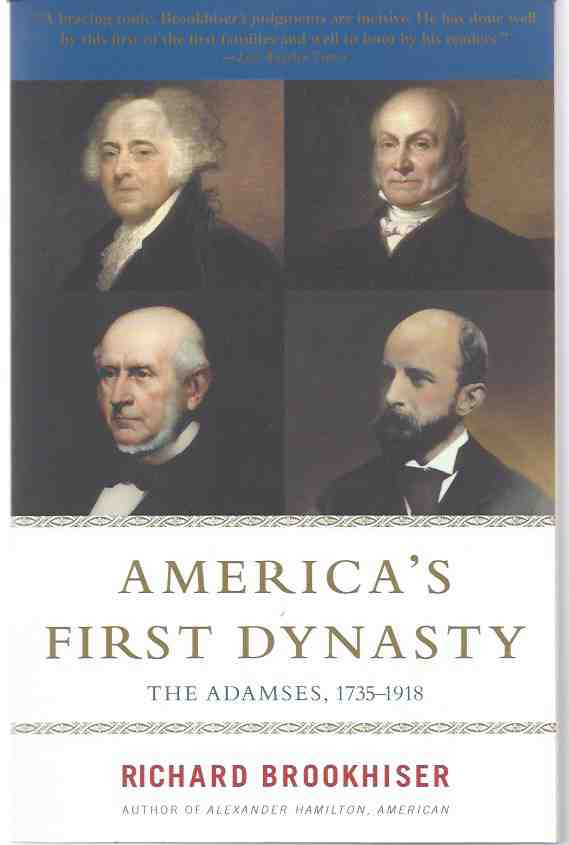 They were America's longest lasting dynasty, the closest thing to a royal family our nation has ever known. The Adamses played a leading role in America's affairs for nearly two centuries -- from John, the self-taught lawyer who rose to the highest office in the government he helped to create; to John Quincy, the child prodigy who followed his father to the White House and fought slavery in Congress; to Charles Francis, the Civil War diplomat; to Henry, the brilliant scholar and journalist. Indeed, the history of the Adams family can be read as the history of America itself. For when the Adamses "looked at their past, they saw the nation's," writes author Richard Brookhiser. "When they looked at the nation's past, they saw themselves."

"America's First Dynasty" charts the family's travels through American history along with an impressive cast of characters, among them George Washington, Thomas Jefferson, Ulysses S. Grant, and Theodore Roosevelt. Brookhiser also details the darker side of the Adams experience, from the specters of alcoholism and suicide to the crushing burden of performance passed on from father to son. Yet by putting a human face on this legendary family, Brookhiser succeeds in creating an impassioned, heroic family portrait that the American public is not likely to forget.