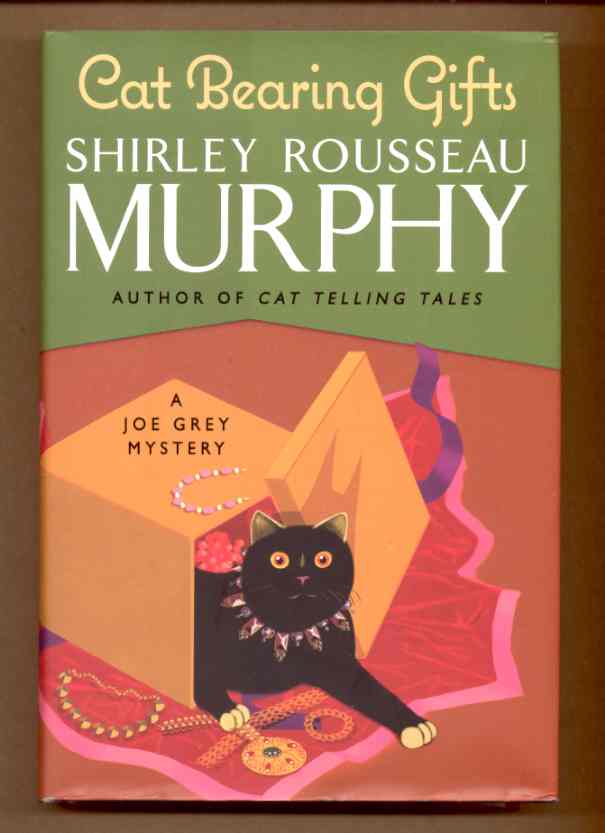 In this poignant new entry in Shirley Rousseau Murphy's beloved, award-winning series, feline P.I. Joe Grey and his four-legged cohorts are plunged into a nightmarish mystery involving a series of strange events that endangers them and the humans they love

The confusing events that early fall in Molena Point began perhaps with the return of Kate Osborne, the beguiling blond divorcee arriving in California richer than sin and with a story as strange as the melodies spun by a modern Pied Piper to mesmerize the unwary. Or maybe the strangeness started with the old faded photograph of a child from a half-century past, and the memories she awakened in the old yellow tomcat. Perhaps that was the beginning of the odd occurrences that stirred through the coastal village, setting the five cats off on new paths. . . .

On the way home from visiting their friend Kate Osborne in San Francisco, tortoiseshell Kit and her elderly housemates, Lucinda and Pedric Greenlaw, are hurt in a terrible car crash on a winding coastal road. The accident is terrifying enough, but then two dangerous men steal the Greenlaws' town car, making off with a secret hoard of jewels and gold--a gift bestowed from Kate's newfound treasure--carefully hidden inside its doors. As paramedics rush the Greenlaws to the emergency room, a badly shaken Kit hides from hungry coyotes in the forested hills above the highway, waiting for Joe, Pan, and their human companions, Ryan and Clyde Damen, to rescue her.

Back home in Molena Point, yellow tomcat Misto, discovering a faded photograph of a child living fifty years ago, becomes lost in his memories of that past century--while Joe Grey and his tabby lady prowl an abandoned stone cottage where they've discovered two rough-looking men hiding. The cats smell mildewed money, and soon smell human blood, too, and they wonder: Could these unsettling incidents be tied to the injury of the Greenlaws and to the theft of their car and treasure? Could they be, as well, part of the larger mystery involving the very source of the cats' magical powers?

Misto and his unfailing memory might provide some answers, but his feline detective efforts are nearly derailed when Misto's son, Pan, the bold red tomcat, led on by the Greenlaws' exotic treasure and by his taste for adventure, drives a painful wedge between himself and Kit, just when their romance feels so filled with joy.

But Kit is busy with other matters, too, as she follows the two housebreakers, one badly injured and the other eager to end his partner's misery, as they make off with more wealth than even they realize. Though the cats know more than the thieves about the unique items stolen, their investigation is still in trouble. Only slowly, and after two sudden murders, do they at last claw their way to the truth, examining more intently the source of the gold and jewels, understanding more clearly, as well, the secrets of the moldering treasury bills--the mystery of their source, generations past, when Misto lived another life.