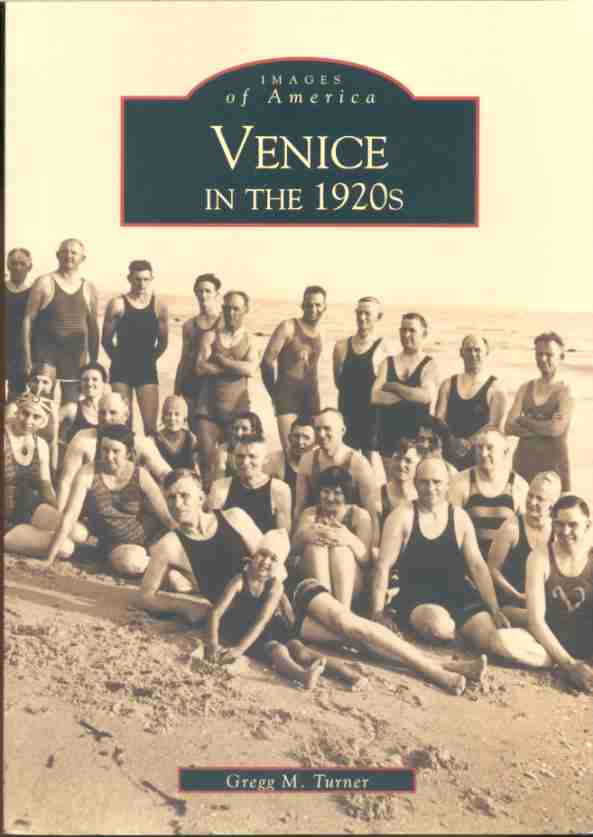 In the 1920s, a tremendous land boom gripped Florida, and waves of people descended upon the Sunshine State. Between just 1923and 1925 an estimated 300,000 people came to permanently settle in the state, and over a dozen new counties were created in this single decade. Fueled by postwar prosperity, tourists and new residents poured money into the state's economy and dramatically increased
the demand for land, homes, hotels, industry, recreation, commerce, and services. At the height of the boom, when many believed that the bubble had to burst, there came news that a new resort city was
under development on the Gulf Coast below Sarasota, and all eyes turned to Venice. Over the decades since its creation, Venice, with its balmy climate, unlimited boating and fishing, and pristine mainland beach, has grown to be a Mecca for thousands of tourists, snowbirds, and retirees. Carved out of a tropical wilderness by America's oldest and wealthiest union, the Brotherhood of Locomotive Engineers, Venice was made into a Gulf Coast oasis with Spanish-style architecture, beautiful landscaping, and a friendly network of tree-lined streets and boulevards. Visual documentation of this early era has captured a city in its infancy and a valuable piece of Venice's heritage.