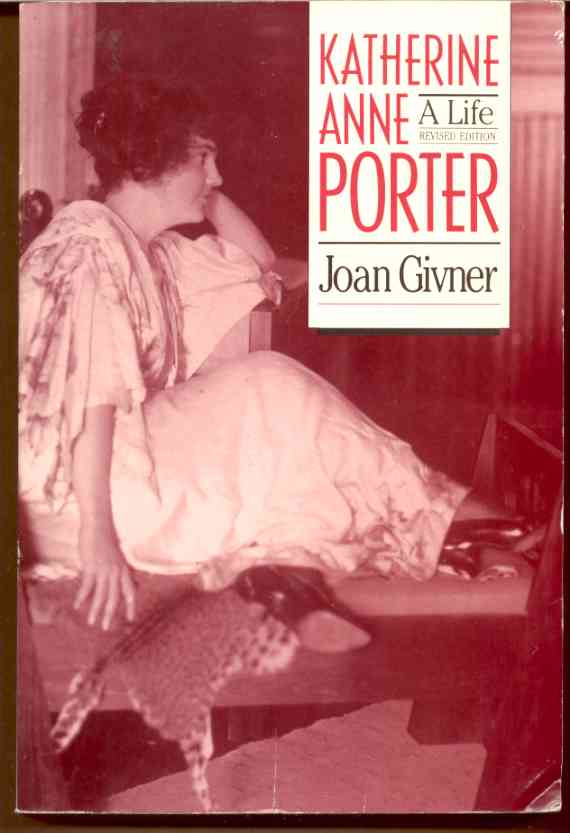 My life has been incredible, Katherine Anne Porter used to say, "I don't believe a word of it." Author of the best-selling novel, "Ship of Fools," winner of the Pulitzer Prize and the National Book Award for her short stories, Porter was both the first lady of American letters and a woman whose indomitable will forged a life that, as biographer Joan Givner makes clear, was not only incredible but may have been her most creative fiction of all.

Born Callie Porter in the log-cabin poverty of rural Texas, she, like Jay Gatsby, invented her own history, changing her name and "acquiring" a lineage of statesmen to become an aristocratic daughter of the Old South. Strikingly beautiful and gilded by her idealized background, Porter lived a life of drama and passion that spanned nine decades and witnessed some of this century's most tumultuous events. She traveled from revolutionary Mexico in the 1920s to Berlin at Hitler's rise and to Paris at the start of World War II; from Hollywood in the forties to Washington during the Kennedy era. Somehow, by design or coincidence, she was always right in the eye of the storm when history was being made. By the end of her life, she had risen from rags to riches, anonymity to renown--all on her own terms, all on the strength of her talent, her miraculous stamina, her wit, grit, and often ruthless determination.

As evocative of her era as it is of the woman herself, this book is a remarkable portrait of an artist who crafted her life to appear as elegant and structured as her short stories and who, in so doing, sometimes edited out of her experience the hard, cold facts that until now have remained obscure. Givner has recovered that experience to reveal the true version of Porter's childhood and family background, her first "hidden" marriage, her innumerable love affairs, her quarrels with Hart Crane and other friends, and her ultimate achievement of wealth and celebrity.

For this revised edition, Givner has provided an updated prologue and epilogue, incorporating new material to further illuminate Porter's life and fiction. Givner offers accurate information on Porter's battle with tuberculosis, an account of Porter's betrayal of her close friend Josephine Herbst during a mendacious interview with FBI agents, and new insight into her relationship with William Goyen. Recently discovered candid photographs of Porter have also been included.