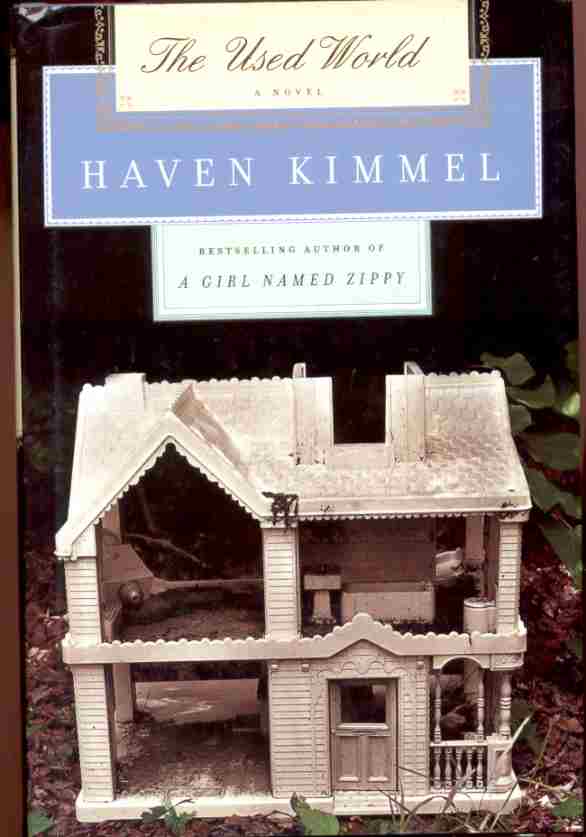 "It was mid-December in Jonah, Indiana, a place where Fate can be decided by the weather, and a storm was gathering overhead." So Haven Kimmel, bestselling author of" A Girl Named Zippy, " prepares us to enter "The Used World" -- a world where big hearts are frequently broken and sometimes repaired; where the newfangled and the old-fashioned battle it out in daily encounters both large and small; where wondrous things unfold just beneath the surface of everyday life; and where the weather is certainly biblical and might just be prophetic.

Hazel Hunnicutt's Used World Emporium is a sprawling antique store that is "the station at the end of the line for objects that sometimes appeared tricked into visiting there." Hazel, the proprietor, is in her sixties, and it's a toss-up as to whether she's more attached to her mother or her cats. She's also increasingly attached to her two employees: Claudia Modjeski -- freakishly tall, forty-odd years old -- who might finally be undone by the extreme loneliness that's dogged her all of her life; and Rebekah Shook, pushing thirty, still living in her fervently religious father's home, and carrying the child of the man who recently broke her heart. The three women struggle -- separately and together, through relationships, religion, and work -- to find their place in this world. And it turns out that they are bound to each other not only by the past but also by the future, as not one but two babies enter their lives, turning their formerly used world brand-new again.

Astonishing for what it reveals about the human capacity for both grace and mischief, "The Used World" forms a loose trilogy with Kimmel's two previous novels, "The Solace of Leaving Early" and "Something Rising (Light and Swift)." This is a book about all of America by way of a single midwestern town called Jonah, and the actual breathing histories going on as Indiana's stark landscape is transformed by dying small-town centers and proliferating big-box stores and SUVs. It's about generations of deception, anguish, and love, and the idiosyncratic ways spirituality plays out in individual lives. By turns wise and hilarious, tender and fierce, heartrending and inspiring, "The Used World" charts the many meanings of the place we call home.

Title: THE USED WORLD A Novel