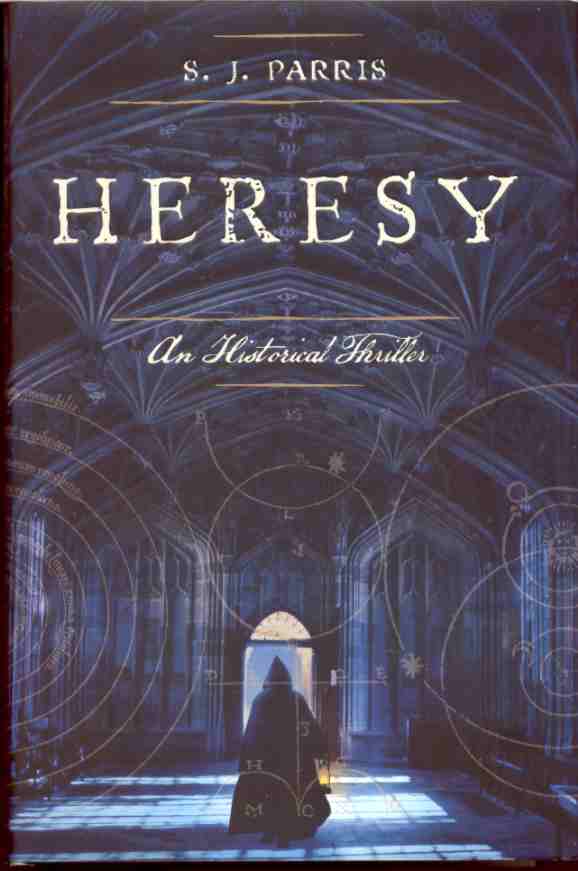 Masterfully blending true events with fiction, this blockbuster historical thriller delivers a page-turning murder mystery set on the sixteenth-century Oxford University campus.
Giordano Bruno was a monk, poet, scientist, and magician on the run from the Roman Inquisition on charges of heresy for his belief that the Earth orbits the sun and that the universe is infinite. This alone could have got him burned at the stake, but he was also a student of occult philosophies and magic.
In S. J. Parris's gripping novel, Bruno's pursuit of this rare knowledge brings him to London, where he is unexpectedly recruited by Queen Elizabeth I and is sent undercover to Oxford University on the pretext of a royal visitation. Officially Bruno is to take part in a debate on the Copernican theory of the universe; unofficially, he is to find out whatever he can about a Catholic plot to overthrow the queen.
His mission is dramatically thrown off course by a series of grisly murders and a spirited and beautiful young woman. As Bruno begins to discover a pattern in these killings, he realizes that no one at Oxford is who he seems to be. Bruno must attempt to outwit a killer who appears obsessed with the boundary between truth and heresy.
Like "The Dante Club" and "The Alienist," this clever, sophisticated, exceptionally enjoyable novel is written with the unstoppable narrative propulsion and stylistic flair of the very best historical thrillers.