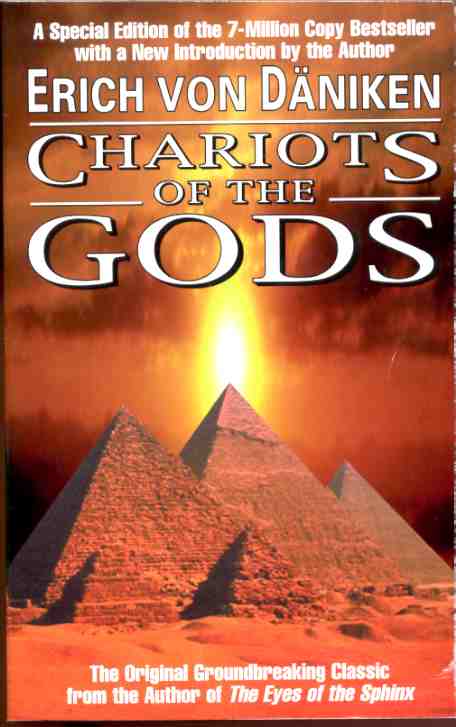 Erich von Daniken's Chariots of the Gods is a work of monumental importance--the first book to introduce the shocking theory that ancient Earth had been visited by aliens. This world-famous bestseller has withstood the test of time, inspiring countless books and films, including the author's own popular sequel, The Eyes of the Sphinx. But here is where it all began--von Daniken's startling theories of our earliest encounters with alien worlds, based upon his lifelong studies of ancient ruins, lost cities, potential spaceports, and a myriad of hard scientific facts that point to extraterrestrial intervention in human history. Most incredible of all, however, is von Daniken's theory that we ourselves are the descendants of these galactic pioneers--and the archeological discoveries that prove it... * An alien astronaut preserved in a pyramid
* Thousand-year-old spaceflight navigation charts
* Computer astronomy from Incan and Egyptian ruins
* A map of the land beneath the ice cap of Antarctica
* A giant spaceport discovered in the Andes
Includes remarkable photos that document mankind's first contact with aliens at the dawn of civilization.

Title: CHARIOTS OF THE GODS [NEW] Unsolved Mysteries of the Past

Description: New book with some light edge wear. Includes a new Introduction by the author.