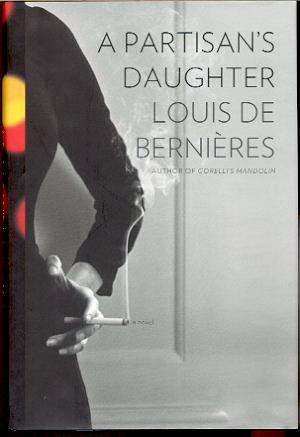 From the acclaimed author of "Corelli's Mandolin" and "Birds Without Wings" ("de Bernieres has reached heights that few modern novelists ever attempt" --"The Washington Post Book World") comes an intimate new novel, a love story at once raw and sweetly funny, wry and heartbreakingly sad.
He's Chris: bored, lonely, trapped in a loveless, sexless marriage. In his forties, he's a stranger inside the youth culture of London in the late 1970s, a stranger to himself on the night he invites a hooker into his car.
She's Roza: Yugoslavian, recently moved to London, the daughter of one of Tito's partisans. She's in her twenties but has already lived a life filled with danger, misadventure, romance, and tragedy. And although she's not a hooker, when she's propositioned by Chris, she gets into his car anyway.
Over the next months Roza tells Chris the stories of her past. She's a fast-talking, wily Scheherazade, saving her own life by telling it to Chris. And he takes in her tales as if they were oxygen in an otherwise airless world. But is Roza telling the truth? Does Chris hear the stories through the filter of his own need? Does it even matter?
This deeply moving novel of their unlikely love--narrated both in the moment and in recollection, each of their voices deftly realized--is also a brilliantly subtle commentary on storytelling: its seductions and powers, and its ultimately unavoidable dangers.