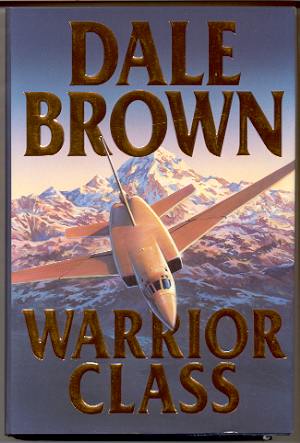 The master of the aerial technothriller tackles a story as cutting-edge as tomorrow's headlines. The world is falling apart, and there are plenty of people willing to take advantage. One of them is Pavel Kazakov, a Russian oilman with close ties to organized crime, and an audacious idea: build a huge pipeline through the Balkans, get the Russian army to back him, and everybody gets rich. Sure, NATO will object, but the new American President's emphatic policy of isolationism guarantees no effective opposition. Russia will dominate Europe. Kazakov will dominate the oil supply. But he hasn't reckoned with Patrick McLanahan. The young Air Force general leads a combat mission deep into Russia to rescue a spy on the ground, but when things start to spin out of control, McLanahan's intuition is to push the envelope even farther, to create whatever havoc he can. That puts him directly in opposition to the President himself, and pretty soon, McLanahan and his team find themselves faced with a dire choice. Which is the greater threat: the empire in front of them-or the President behind? Whichever way they choose, life as they know it will never be the same again. Filled with all the explosive adventure and technology that his fans have come to expect, this is Dale Brown's most exciting novel yet.