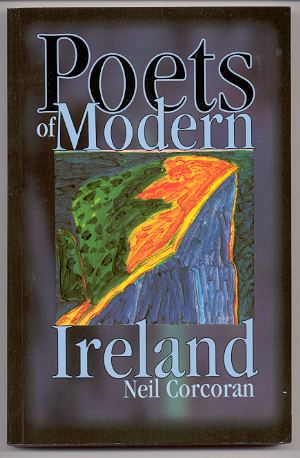 In "Poets of Modern Ireland: Text, Context, Intertext," Neil Corcoran discusses the work of Seamus Heaney, Derek Mahon, Michael Longley, Austin Clarke, Padraic Fallon, Louis MacNeice, and Ciaran Carson, constructing a critical account of the poets' work and putting it in the context of the contemporary debate surrounding their work.

The contexts and intertexts Corcoran establishes for the study include the contentious debate between "nationalist" and "revisionist" criticism; the relationship between Irish and American poetry; the writing of "place" and its political significance; the focus on sexuality and eroticism; the persistence of religious impulse or theological content; the Irish language and the pre-occupation with forms of translation; and the foregrounding of textuality, which has affinities with, and may be usefully interpreted in relation to, some postmodern literary and cultural theory.

"Poets of Modern Ireland" is a major contribution to the critical reception of modern poetry and focuses upon the major issues of debate in poetry criticism in Great Britain, Ireland, and the United States.